We chose the best day of the week to go out and shoot as it was 19 degrees and the sun was shining. Even though this good weather made us feel like napping at the end of the day, when we started shooting we were ready to go. We did our usual rounds this week of the GPO building, the State Library, and Fed Square and found that everyone was out and about. It's great how many people have the same idea, for instance, grabbing a Boost juice, lying on the grass, shedding coats for t-shirts, and just relaxing. I cannot wait until this kind of weather becomes a regular in Melbourne, summer fashion awaits us!
B. 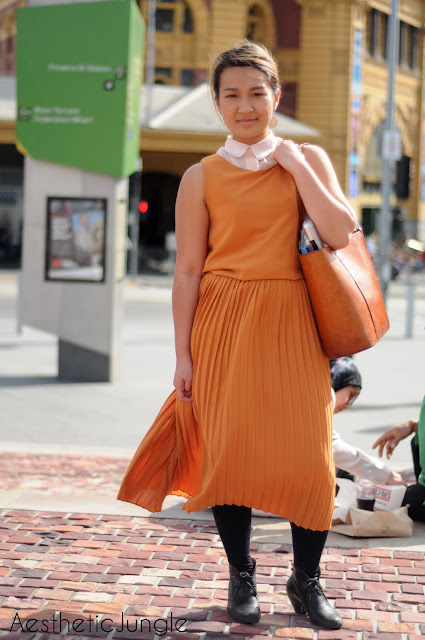 We spotted this woman sitting down at Fed Square wearing this gorgeous pleated dress. I'm a sucker for pleats so I immediately wanted to take her picture. It turns out she was a teacher out with her class, I wish my teachers dressed as nicely as she did!
B. 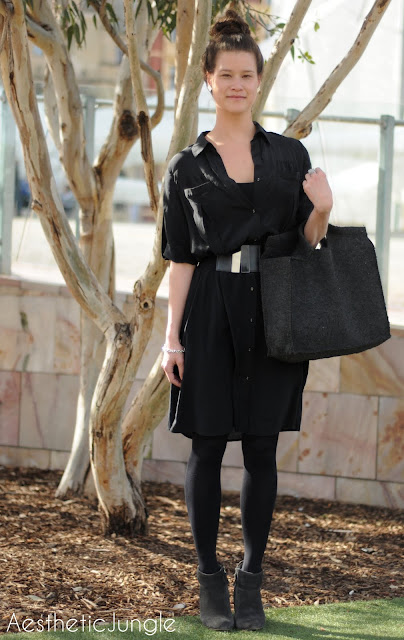 It was great meeting this girl at Fed Square, she was on her way to see a client but was willing to hang around for a minute and have a chat. Turns out she's a jewellery designer with the brand 'The Gang of Three', they can be found at the 'Nomad Project' in Albert Park and 'Design A Space' on Chapel St. Below are photos of what she was wearing when I met her, great designs! Check them out here- http://thegangofthree.com/.
B. 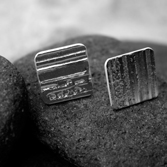 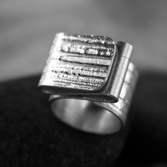 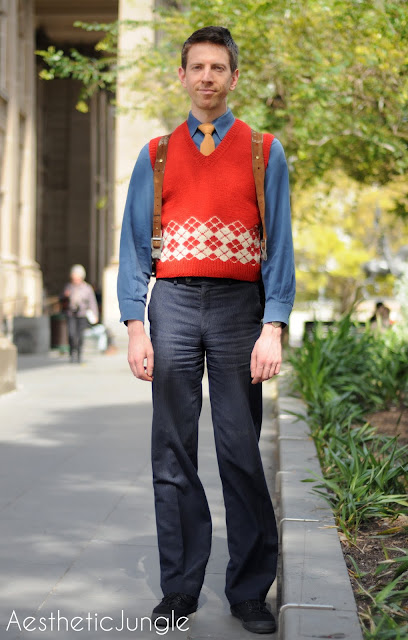 I love it when Michael and I both see someone and we both agree that we should make the effort to chase after them, asking them for their time. This was the case here with Jeremy. We just hadn't seen anyone like him all day and had to get his photo. After running after him down the street he was lovely enough to have a chat and walk with me to a shady spot. I just love his alternative to wearing a suit, it's fun and practical!
B. 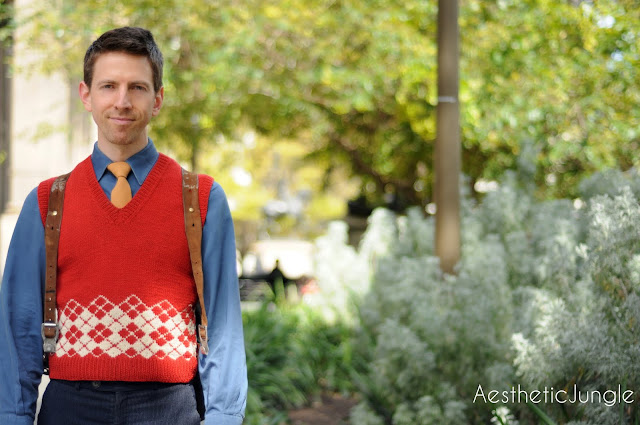 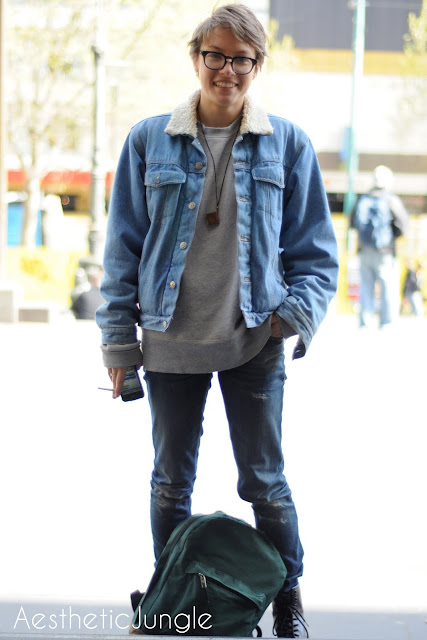 This girl was sitting down with her mate in front of the State Library taking a break from classes. Even though she said she'd had a bad day she still allowed me to grab a photo. Love her 'denim on denim' look!
B. 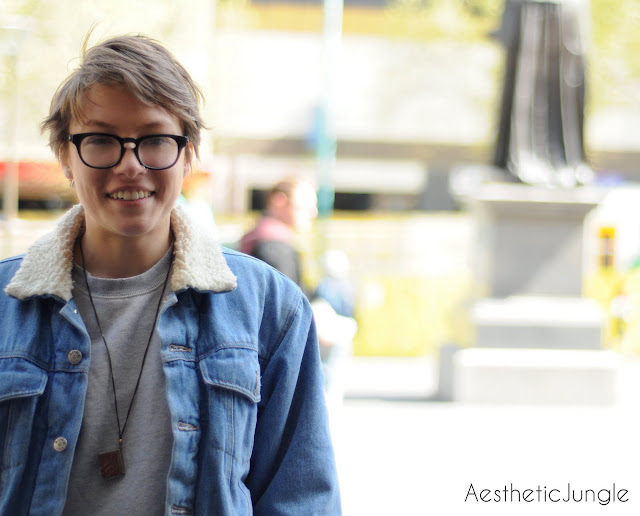 I was reading a book the other day discussing the debate over whether people who really know who they are have better style or not than people who are still finding themselves. I found this really interesting, as deep in the back of my mind, even though I have never put much thought to it, I would agree that someone must have clarity of who they are before they can have perfect style. But now that it has been playing on my mind, i'm not sure. Maybe someone struggling to come to terms with who they are can create an uncertain mix of profound beauty. That could be fucking interesting!
M. 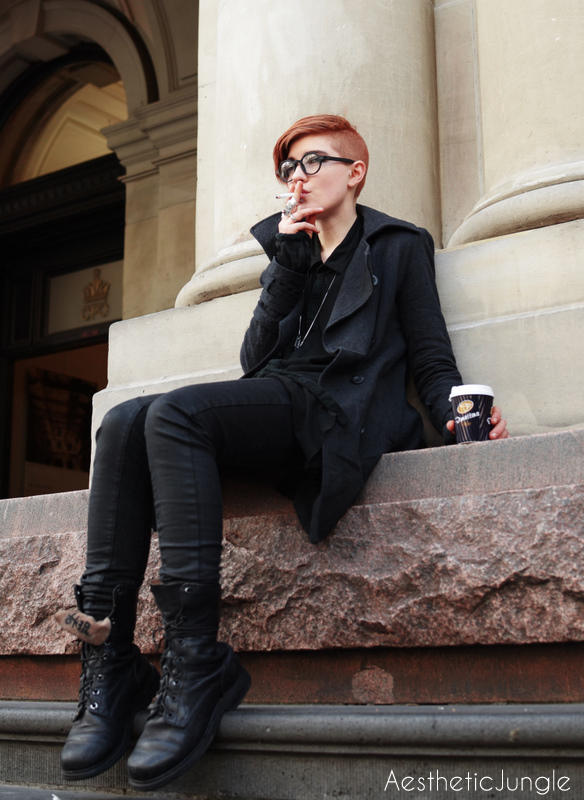 I saw this girl not long after a dude working for a charity had managed to con me into paying them twenty fives dollars a month. And managed to get Bea's credit card number. I fully support charities and what they stand for. But being bloggers you get asked non-stop to sign up to things and let's be honest, two poor students aren't going to save the world. We were a little numb after coming to terms with our nativity, when I spotted this girl. There was something strong and sharp about her.
M. 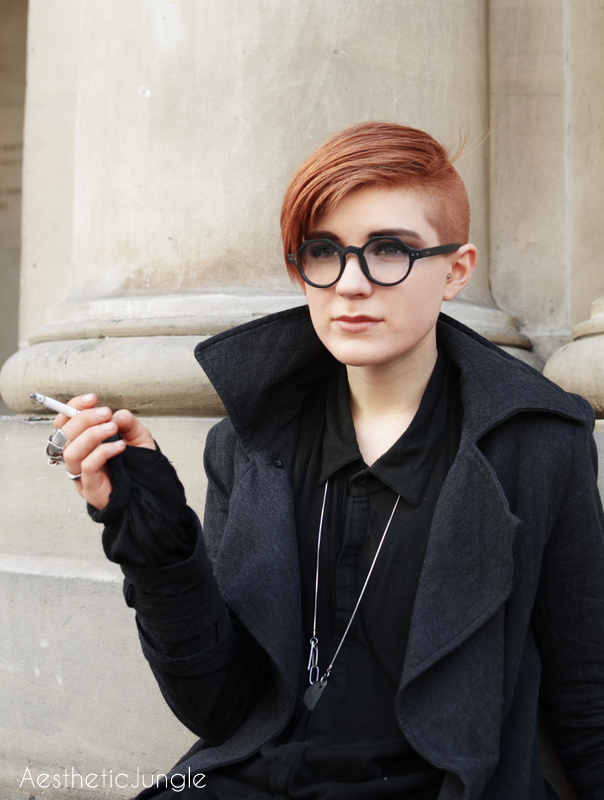 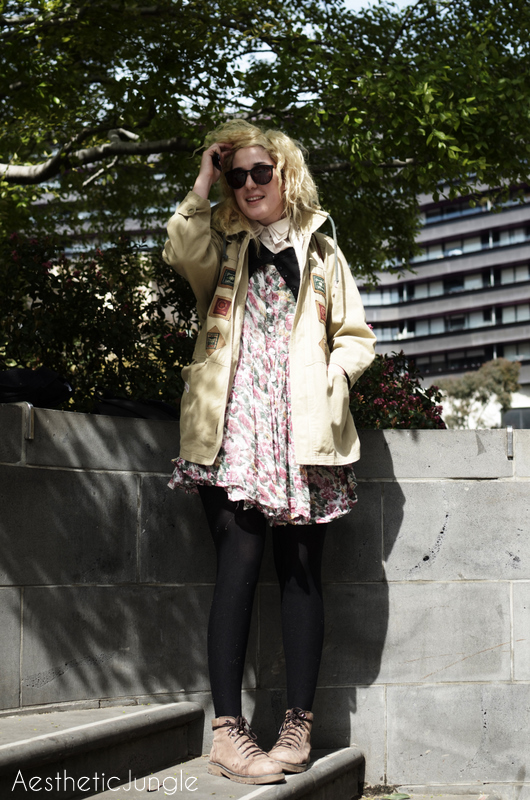 I really liked this girls look, her amazing blonde hair caught my attention from ages away. Something's got hold of me at the moment and I can't get a enough of the coat, tights and boots combination. This girl was a bit embarrassed and self conscious but I thought she was cute. There was something very soft and innocent about her.
M. 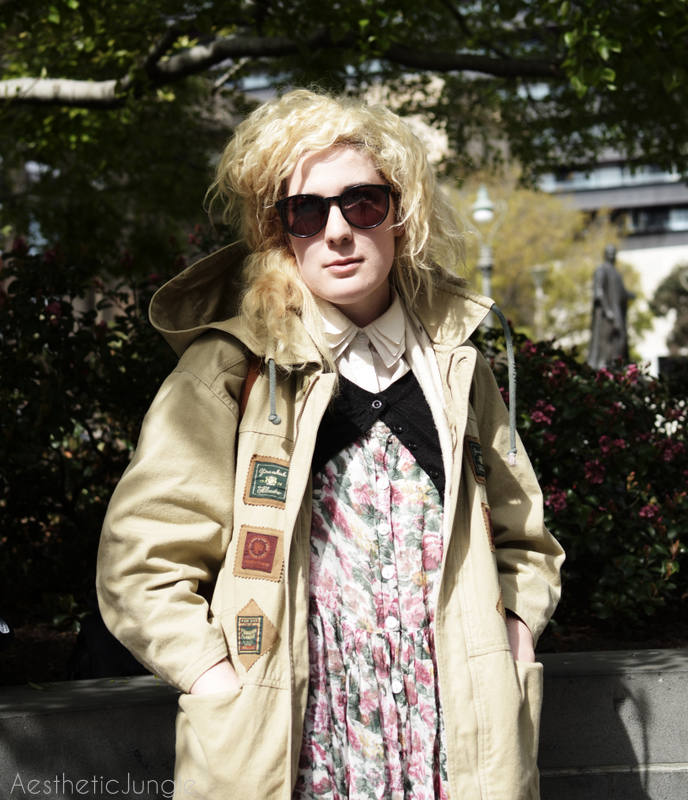 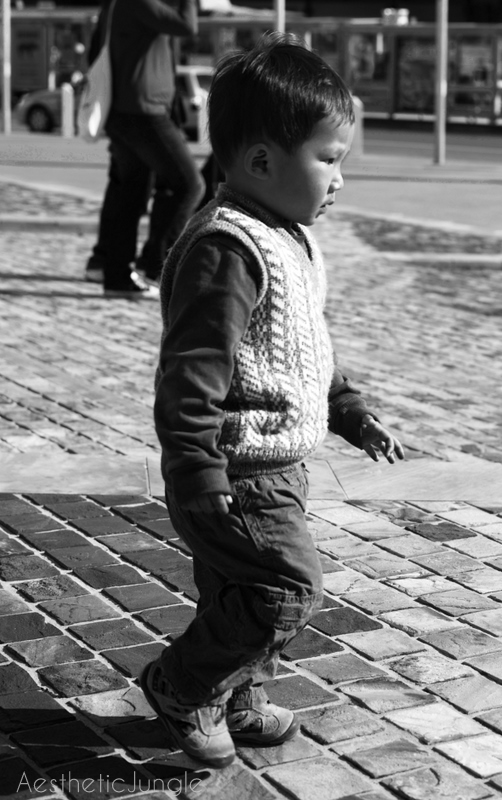 We have seen this kid so many times with his family at Fed Square so I just had to put him on the blog. He's always yelling and chasing the birds. I have appropriately named him 2Pac.
M. 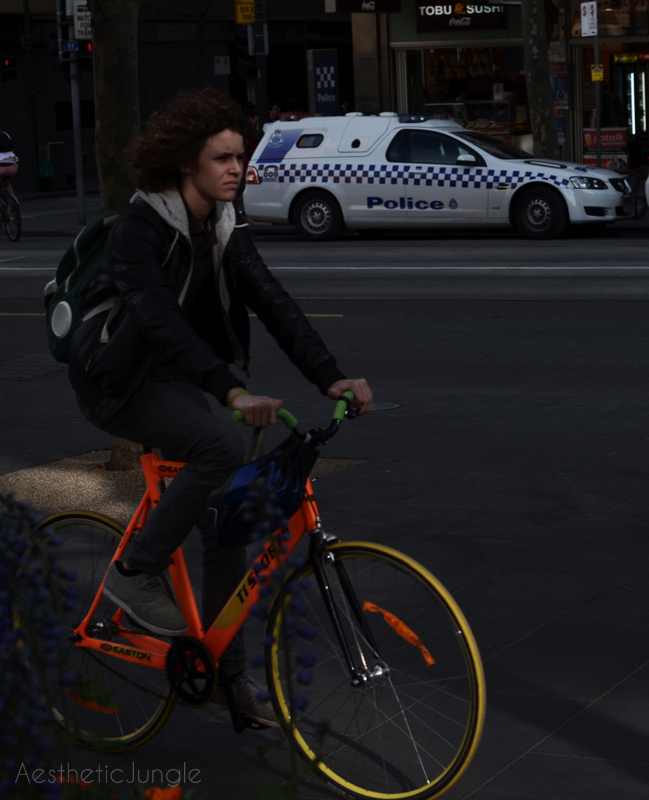 This is one of those photos I can't remember taking. But when I had a look through my camera I liked it. I must have only managed to get one frame off, hence it being a little soft in focus. There was something very 70's rocker about him and the police car just topped it off.
M.
Posted by AestheticJungle at 6:10 PM