Well it seems the winter gods won't shut up shop just yet. Yesterday winter and summer fought it out as we saw both rain and sun in what was generelly a pretty average day to take photos. Never the less it was great to get back out there after a few absent weeks. We hope to bring you lots of love over the next few months as the warmer weather begins and every man and his dog starts to have a festival. With Parklife just a few weeks away and the Grandfinal the week after that, it's time to pull out your shorts and summer dresses. Guaranteed good times are popping up everywhere just like Tony Abbotts shit jokes.
Get on board!
M. 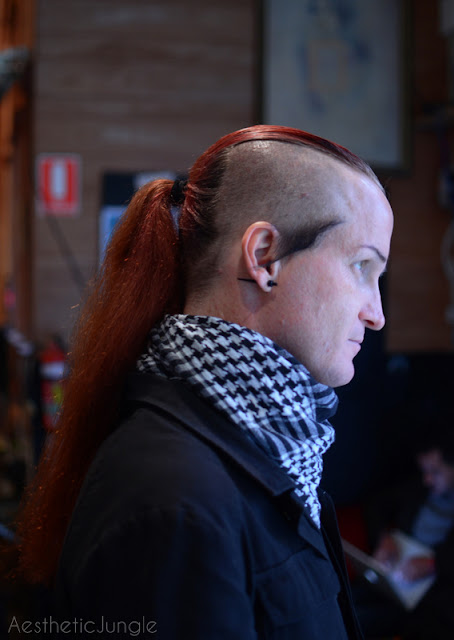 We have started going to this coffee shop called "1000 £ bend" on Little Lonsdale St. It's almost a little ritural now of ours and gets you in a good mood for a big day taking snaps. This is Alanjohn Rooke Jones, we met him in there yesterday and naturally his hair caught my eye. There really is nothing like a way out hair style. Alanjohn does performing arts and is in a show called "Anything Goes Cabaret", Which will be in October.
If you froth over this kind of stuff, get a load of this!
Check the details below.
http://www.au.timeout.com/melbourne/clubs/events/1582/anything-goes-cabaret
M. 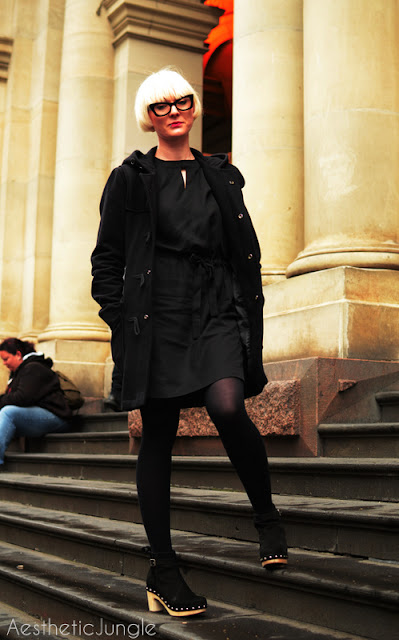 It was quite funny how this photo came about, Bea had been in the GPO building and came back rather exited. She said she had seen a girl that we just had to find and capture. After being urged to go into GPO to find her the girl strolled out of the complex and down the stairs. Our eyes lit up and luck was on our side. Everything works in her outfit from head to toe, and after a little chat about spring fashion week she was on her way.
M. 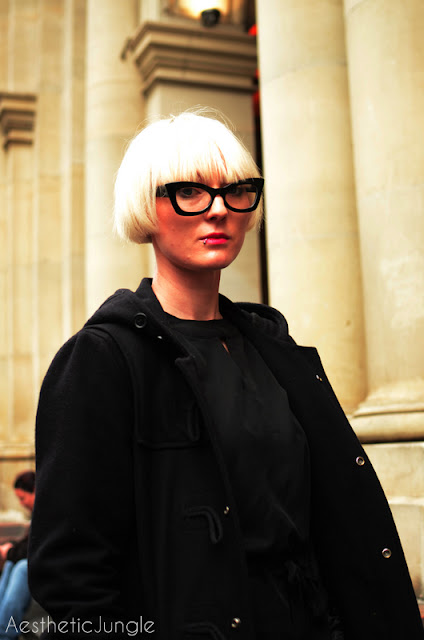 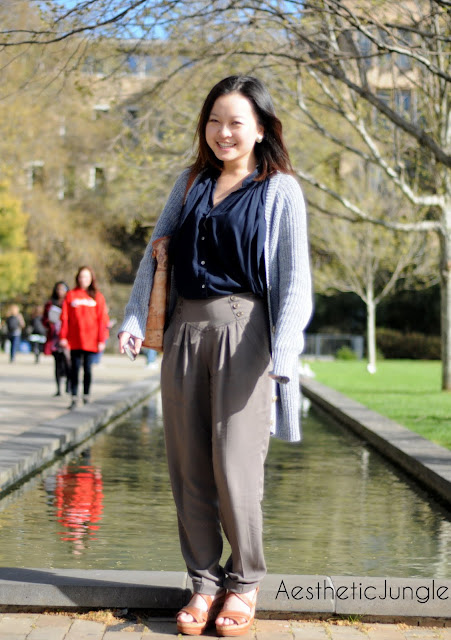 When the sun eventually made its way out I came across this girl and just had to take her photo. Even though the glare was a tad unbearable she still stayed around while I tried to work with the light.  A great way to spend the day, hopefully we have more moments like this one in the future.
B. 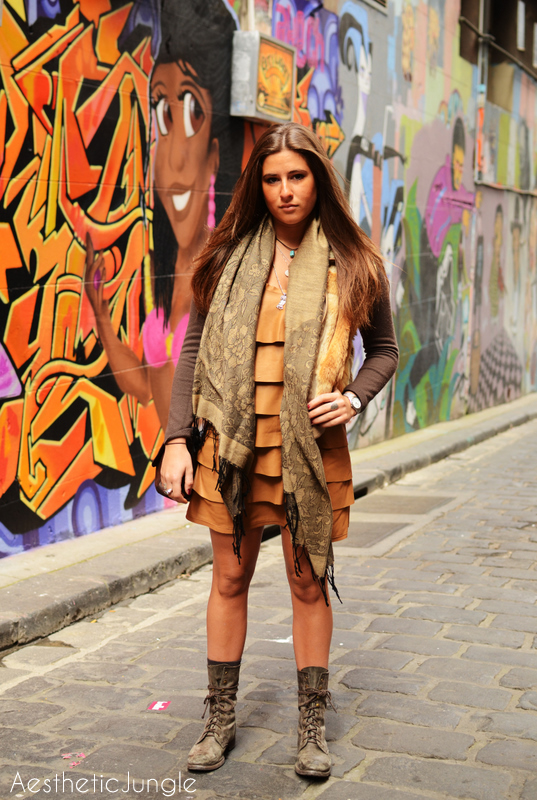 I'd love to stay I found this girl skipping down the street in a moment of wonderful luck. However I do indeed know this girl and her name is Brittany. Brittany is studying photography and has been helping me with some of mine, after catching up yesterday I couldn't resist the temption of asking if I could take her photo. Some may say it's cheating to take photo of someone you know, because there's less pressure and you can find an appealing background with nice light. But I don't really care, a strong image, is a strong photo. I see photos like this as having the role of an emancipator in the global world, creating certain curiosities. People can feel free to wear what they want, when they want.
M. 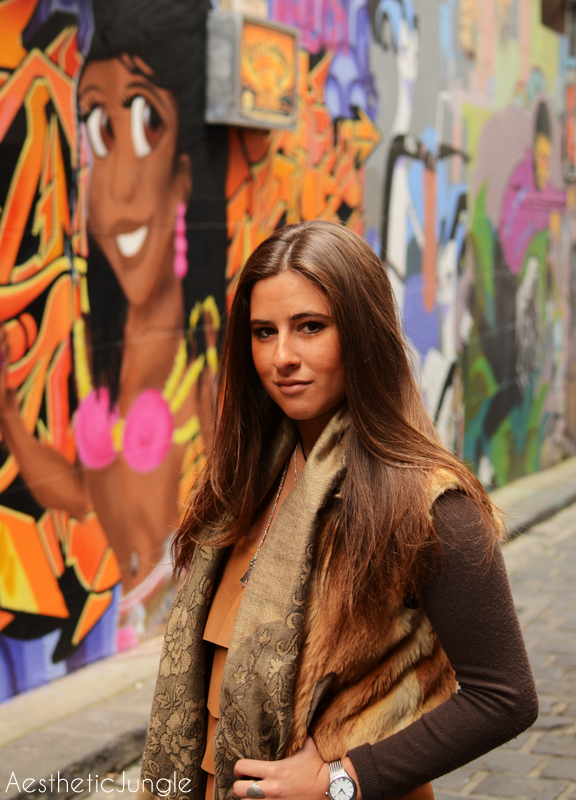 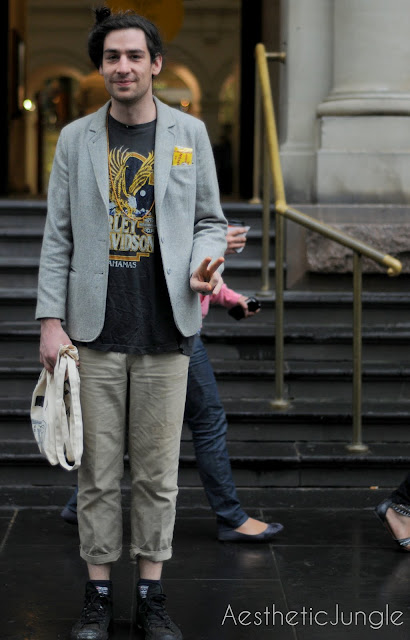 This was my first shot of the day and luckily it was to a lovely guy who was up for a chat. Although simple, his look struck me and I’ve gathered over the months if I have to look twice the person’s worth stopping. Even though we may see over 10 people wearing a similar simplistic outfit you can tell which people have been wearing their clothes like that for years, and the ones who are only wearing them because everyone around them are. No problem with following the crowd, just we have to be discerning now about who we shoot.
B. 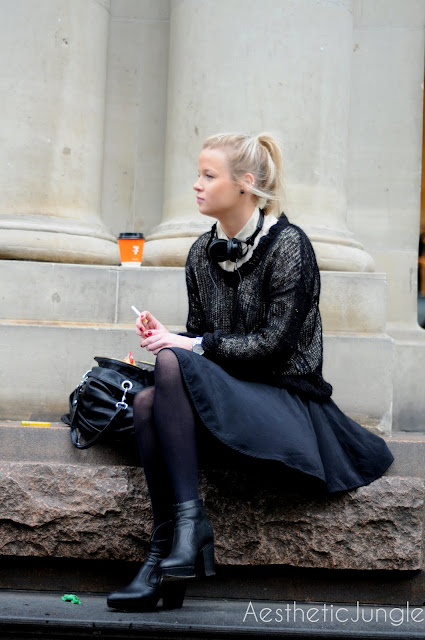 At our favourite spot we saw this girl having a break from her everyday life. I’ve always loved shooting people who are unaware, or at least seem unaware that a photo’s being taken. It seems to me like a more true portrait, like you're an observer not an intruder.
B. 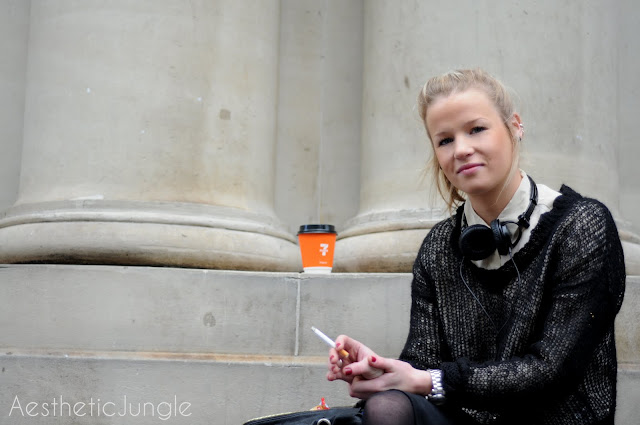 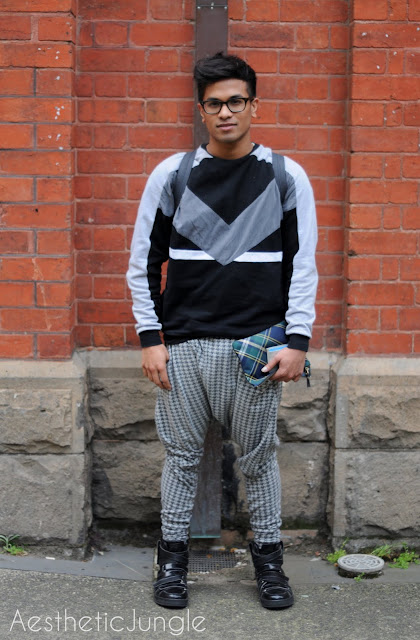 I was waiting to meet up for some friends when I spotted this guy, immediately his whole outfit caught my attention. After having a chat he mentioned that he’d had his photo taken in France by another fashion blogger while wearing the same slouchy pants he currently had on. It’s interesting that the same people and outfits catch the attention of not just us, but other fashion bloggers overseas.
B. 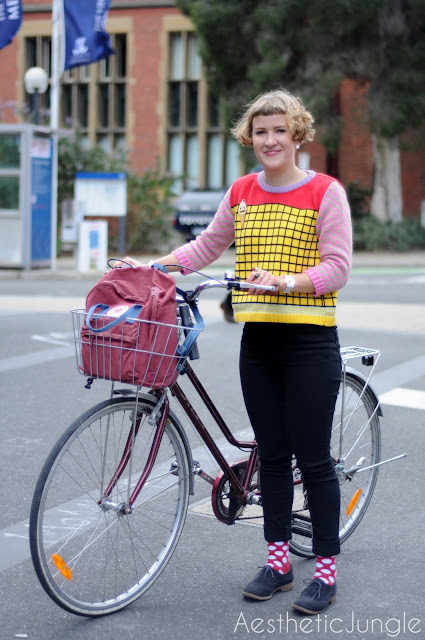 While again waiting on people, this girl walked by with her bike. I loved her look and loved the fact that she eventually stopped even though her body language said ‘go away’. I’ve realised that asking people for even a few minutes of their time is hard as many are in a rush, which I understand often having to go to classes and such. But recently I’ve been trying to perfect the quick photo, promising only to take a few seconds of people’s time. In this case, the girl was in a rush and it was a great test to see if I could produce something in such a short amount of time!
B. 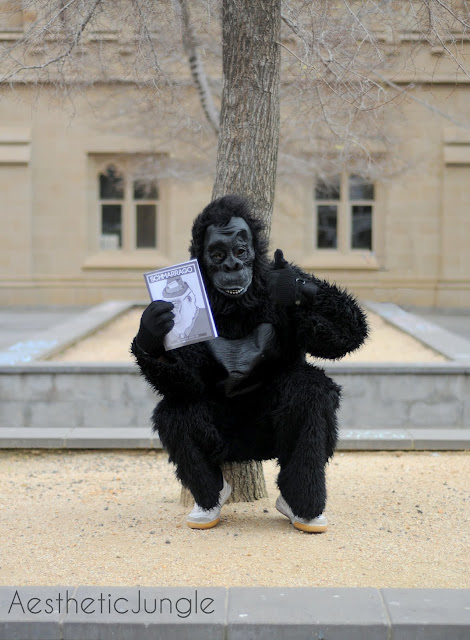 Now who wouldn’t be struck by this guys look? It’s not typically what you see at 3pm on a Tuesday afternoon so I was intrigued. He was part of the Independent Media running for election in the Melbourne University student union elections. What I liked about him in comparison to everyone else campaigning was that he didn’t force the point. Calling himself ‘FarraGorilla’ (a twist on the University student publication ‘Farrago’) he was just running around giving out books while in a gorilla outfit. Whereas all other union groups were stalking and following you to inform you of their policies even if you weren’t interested. If I was voting I would vote for him just because of the relaxed way he was approaching the election. Oh and because of his outfit of course!
B.
Posted by AestheticJungle at 12:42 AM